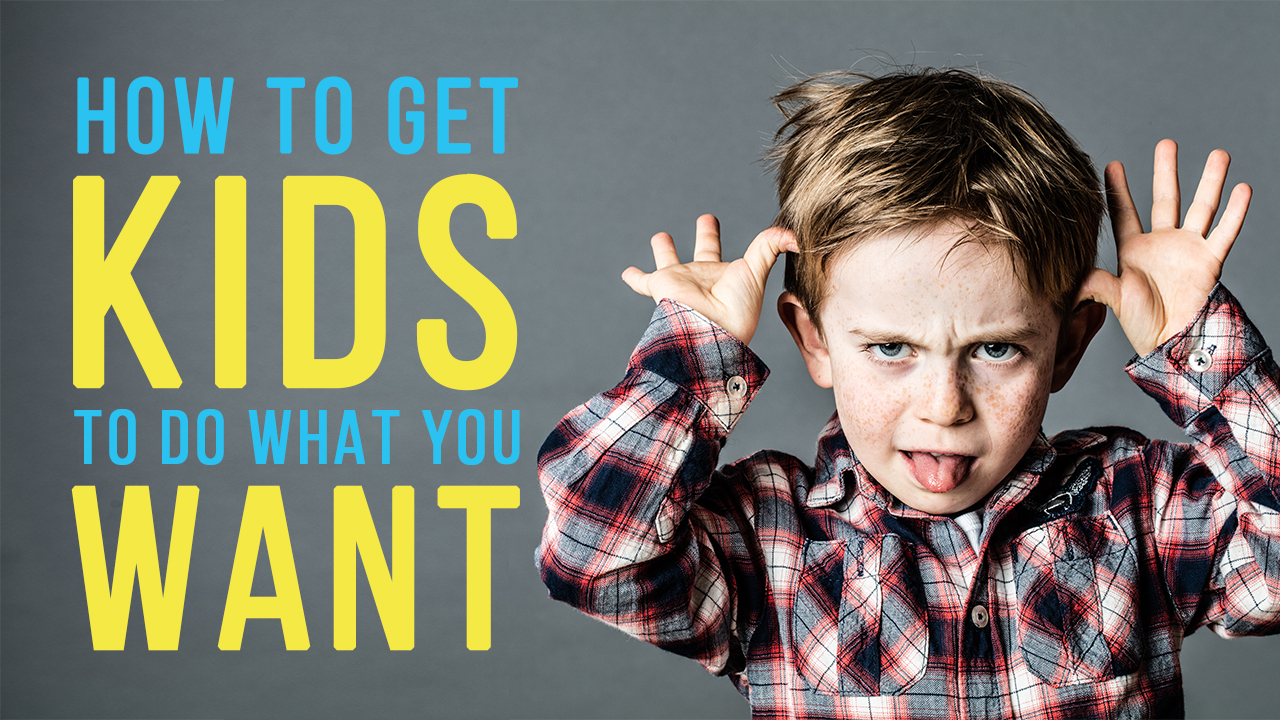 Earlier this week, an old friend and her two kids came from California to stay with us here in St. Louis. One night, as bedtime was approaching, she said to her 7-year-old daughter, "Hattie, would you like to go to bed in 3 minutes or 6 minutes." With barely a thought, Hattie replied, "In 6 minutes." 6 minutes later, Hattie went to bed without a fuss. That's brilliant parenting! Can you imagine what would have happened if she had said, "Hattie, you need to go to bed in 6 minutes." Hattie, like most 7-year-olds, would have likely wined, and fussed, and argued. "But I don't want to go to bed yet! I'm not tired! No one else is going to bed. I'll go to bed when the movie is over." What my friend used is a technique that I call "Choice Reduction." It's a technique that I learned many years ago as a student worker at a child development center. It's a technique that I used a million times during my 7 years as a KidMin small group leader for 4 and 5-year-olds. It's a technique that I've used a billiontimes as a parent. And let me tell you...it works! Here's why: Kids live in a world where the vast majority of choices are made for them. They're told when to eat and when to take a nap, when to play and when to take a bath, where to go and how to behave. But at the same time, they are autonomous individuals who want to feel like they are making their own choices. When an adult's authority clashes with a child's autonomy, argument and misbehavior are often times the result. But with "Choice Reduction," everybody wins! Here's how: "Choice Reduction" is when you reduce the number of choices to 2 (or 3) choices that are acceptable to you. My friend didn't care if her daughter went to bed in 3 minutes or 6 minutes. They were both acceptable choices to her. But at the same time, Hattie felt like she was the decision maker.
That's a win, win! Here's what this might look like in your KidMin: Let's say you're seated in a circle with the kids during small group time. There's a kid named Noah who can't stop talking to his friend. He's not only being a distraction to the friend, but he's a distraction to you and the entire group. So you say to him, "Noah, you need to make a choice. Do you want to sit quietly right there next to your friend, or do you want to sit quietly next to me." 9 times out of 10, the child will accept the choices you present, but occasionally they might try to push for a 3rd, less acceptable, option. In this example, Noah might say, "I don't want to sit here anymore. I want to play with the Legos." In that situation, you would say, "That's not a choice." Then repeat the two choices, "Would you like to sit quietly next to your friend, or do you want to sit quietly next to me." All that you care about is that he sits quietly somewhere in the group, you don't care where. But Noah feels like he has a choice. "I'll sit quietly by my friend," he says. "That's a great choice!" you say back to him, then continue. "But if you can't stick with that choice, then I'm going to make the choice for you." Noah is generally a good kid, so he'll most likely follow through with his choice. But if he doesn't, you say, "Noah, it looks like you're struggling to make the right choice, so I need you to come sit quietly next to me."
In my experience, this works well with all kids, but it works especially well with younger kids (1st grade and under).
Nobody likes to be told what to do all the time. You don't and I don't. But sometimes we forget that kids don't either. With "Choice Reduction," everybody gets a choice and everybody wins! Have you tried this before? If not, give it a whirl and let me know how it goes.
Share Tweet Pin it Fancy Add
How to make every minute count on Sunday morning Aug 17, 2018
The one thing that makes GO! unique Jul 26, 2018